The Pros and Cons of Different Revenue Attribution Models 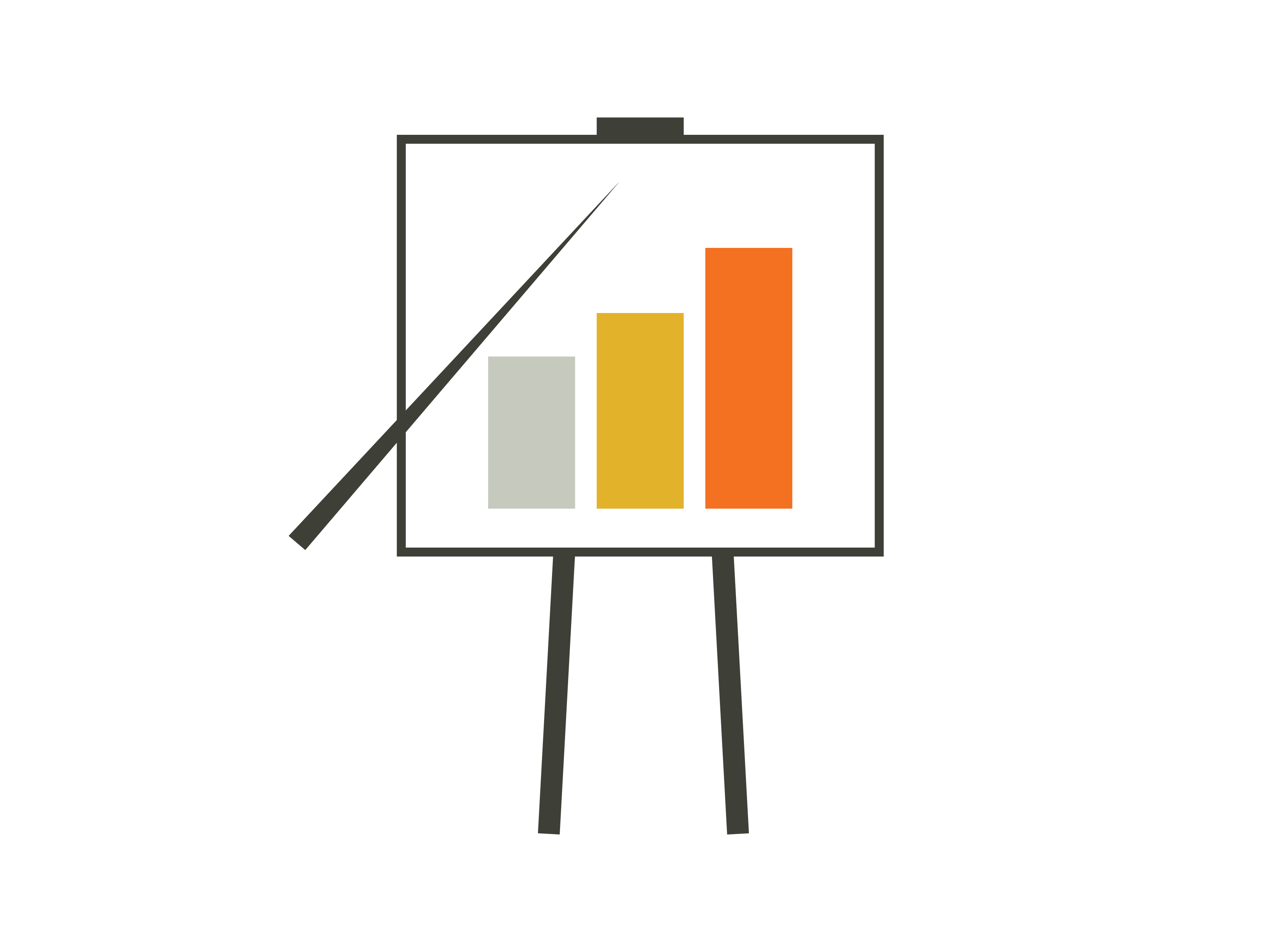 Note: For a new version of this blog post, check out The Pros and Cons of Attribution Models: A 2021 Update, where we provide newer insights to all of the marketing attribution models.

Understanding and demonstrating marketing ROI isn’t easy. It’s a challenge that’s long plagued marketing organizations and one that remains challenging, given how much easier it is today to collect marketing analytics than it’s ever been before.

A big part of that challenge is simply not knowing where credit should be due. If a customer has 13 touch points with a company before deciding to make a purchase, how do you determine the role each one played in earning that sale?

Revenue attribution is the relatively recent practice stepping in to answer that question. A number of different models have been developed with the goal of determining the best way to assign weight to each touch point customers make.

Revenue attribution may not be actively deployed in every marketing organization yet, but it’s increasingly in use by the ones that really care about tracking ROI.

Ross Graber from Sirius Decisions recently shared the results of a small survey he did to figure out how many businesses are currently implementing the practice. He found that while nearly half aren’t using revenue attribution at all, 31% already are, and 21% are in the beginning stages of doing so.

Marketers are clearly interested in seeking out a better way to calculate the ROI of their activities. Revenue attribution is one of the strongest solutions available to do so, but it’s not one-size-fits all.

There are eight main models in use by different businesses, each with their proponents. Here’s a look at the benefits and weaknesses of each.

First-touch attribution is one of the more basic models businesses use. It’s based on the assumption that the most important and valuable marketing activity is the one that makes your prospect aware of the brand to begin with.

There’s a certain logic to this: no sale ever gets made if a business doesn’t know you exist. But it’s not widely used, nor is it even the most popular single-touch attribution model out there. The first touch point for B2B customers is usually several steps away from an actual sale, which makes it seem less powerful in getting customers to that point than the touch points that come later in the process.

First-touch attribution is like crediting a first date with a marriage. Most marriages require a long period of time together beyond that first meeting, not to mention things like compatibility and shared goals. In addition, the vast majority of first dates don’t actually lead to marriages to begin with. Which brings us to our pros and cons.

Last-touch attribution is the other single-touch attribution model commonly employed and the most popular method on the list. It has the simplicity of the first-touch model, but shifts the credit entirely to the last action a prospect takes before reaching the point of sale.

Like the first-touch attribution model, this also makes intuitive sense. The step that gets people to buy is clearly important to earning revenue for the company. The numbers for first touch points are probably huge, but most of those leads fall off somewhere along the way. The most important ones are those that make it to that last step, which is why that last touch point is considered the most important by many.

Using the same marriage analogy, both people may have gone on tons of first dates and probably spent a fair amount of time in the getting-to-know you phase with other people – but the one that makes it to the wedding day is clearly the most important (unless there’s a divorce later, but that’s a whole other story). That last step is the one that really counts. But here's more on first-touch vs. last-touch attribution.

Sometimes called the linear attribution model, this is where we take a step up from single-touch attribution to multi-touch methods. This is a key distinction because it means we finally stop ignoring all those touch points in the middle. If your leads are often taking 7, 10, 15 or more steps before getting to the point when they’re ready to make a decision, all of those steps play some role in getting them to that point.

The challenge then is to figure out how much credit each one of those 15 touch points deserve. The easiest answer is what gets us the linear attribution model: just give them all the same amount of credit!

The math is easy, you know you’re seeing ROI with more accuracy than with either of the single-touch models, and you can move on with your day.

Now for the downside – most touch points aren’t created equal. We’ve already addressed how intuitive the idea is that the first and last touch points are especially important in making sure people become customers. Do they really deserve the same amount of credit that all the others do?

This is another multi-touch attribution model, but one that aims to get at the issue of acknowledging that different touch points have different value. The idea behind time decay attribution is that each step in the process gets your prospect closer to that sale, making each one slightly more valuable than the last.

This model, like some of the others, makes a certain amount of intuitive sense. Lots of people make that first touch point, a good amount make it to a second or third, but the numbers dwindle as you get up to touch points five, six, and seven. Each one brings the prospect that much closer to being one of the special ones that becomes a customer.

It’s still not perfect though, as the sequence itself doesn’t always tell you how important the touch point is to making a decision. If a lead sits through a demo the week before they buy, but click on a link in an email to read a blog post the next day, is that blog post really doing more heavy lifting in earning the sale than the demo?

If you combine the two single-touch attribution models with evenly weighted attribution, what you get is position-based attribution. This model awards the first and last touch points the most credit (the specific percentage is up to you), and then divides the rest of it evenly between all the touch points in the middle.

If you believe, as many marketers do, that the first contact a customer makes with a brand and the last action they encounter before purchase are the most important, then this model makes the most sense.

While clever, we’re still not in marketing attribution utopia. All those touch points in the middle may not actually be equal in the influence they have on a customer. And you can definitely find marketers happy to argue that the first and last touch points shouldn’t be given such a special place in the marketing hierarchy, but the model addresses a lot of the weaknesses of other models on the list.

If your organization uses a demand waterfall model, then you may be thinking that the action that shifts your lead over from a marketing qualified lead (MQL) to a sales qualified lead (SQL) really needs to get more credit than these other models are giving it. W-shaped attribution has your back.

With the W-shaped attribution model the first touch point and last touch point are still given the most credit, while the touch point where a contact converts to a lead (which usually falls somewhere around the center, hence the W) is given extra credit as well. The rest is divided evenly between the remaining touch points.

So we’ve pretty well established by this point that the biggest challenge of revenue attribution is figuring out how to decide which touch points are worth more than others. For many marketers, it makes sense that the actions people take that demonstrate the most engagement are those worth the most.

Handing over contact information in order to participate in an hour long webinar is a more active move, as well as one that shows a higher level of commitment, than watching a video or clicking on a link. Interaction-based attribution thus provides more credit to the touch points that require more action on the prospect’s part.

Interaction-based attribution requires some input from marketing team members to determine which touch points should be considered higher-engagement ones, and which should be treated as more passive ones. The model then assigns different weight to the actions based on that determination.

The statistically inferred model is a response to many of the weaknesses of earlier models. It ensures every touch point is counted, gives different weight to each, and does so based on the evidence provided by data rather than by assumptions or feelings (not that those don’t have some value to add as well).

It requires having access to the historical data of your marketing activities and campaigns and a tool to analyze the patterns in how well different activities perform. Despite these hurdles, statistically inferred revenue attribution gets us the closest to accurately determining which marketing activities should be worth the most when calculating marketing ROI.

The exact approach to measuring success will undoubtedly vary from organization to organization. Nonetheless, selecting the most appropriate and exacting attribution approach will help you better measure what touches do the most to move the needle for measuring more accurate ROI. We hope this model comparison helped!